If you’re feeling nervous or timid about the first time that I promise you everyone has felt the way you do—and your feelings are completely normal, valid, and fair.

But let me clue you in on one tiny little secret that may be causing some of that anxiety: There’s no right or wrong way to have sex. Sure, you probably have an idea of how you’d like it to go based on sexy movie scenes from Netflix, or what you’ve heard from your friend’s experiences, but the truth is that it’s most likely not going to be like anything you’ve experienced before—and that’s okay.

TL;DR: Everyone has pre-sex jitters no matter how much chill they seem to have, and honestly, you should totally embrace the awkwardness. Fumbling in between the sheets with someone else for the first time = a recipe for weird sounds and clumsy things to happen (and TBH, that never really changes).

But just so you can make your first time as pleasurable as possible, here are some tips from sex therapist Vanessa Marin and psychotherapist Nicole Tammelleo.

1. Communicate what you want.

Talking about sex with a new partner is a must. “In order to have good sex, you need to communicate your wants, needs, and desires to your partner,” says SKYN’s sex and intimacy expert, Gigi Engle. This includes talking about what this sexual encounter will mean to you, if you are in a casual or serious relationship, if you and/or your partner are planning on being monogamous, and whether or not you are sleeping with other people.

And don’t worry, you don’t have to bring up this convo the moment you match with someone on Tinder, but you should bring it up before you take that trip to pound town, says Engle.

I know pop culture has ingrained in us all the need to moan and writhe with pleasure at every single touch, but do yourself a favor down the line and don’t set the bar for an orgasm via kiss immediately. Tammelleo says this is especially important the first time you have sex with a new partner. You don’t want to create any unrealistic standards, especially since many women don’t have orgasms the first time they have sex with a new partner.

“If you fake an orgasm or tell your partner you had one when you didn’t, it’s harder to communicate your needs in the future,” Tammelleo says. Plus, once you get into the habit of faking, it makes it that much harder to stop, take a step back, and be like, “Actually, what you’re doing doesn’t rock my world as much as you think, sorry.”

Whether it’s your first or fiftieth time having sex, the worst thing you can do is go into it with the assumption that you know everything about what your partner wants. No amount of slumber party gossip about blow jobs and giving massive hickeys can prepare you for what your partner is actually gonna be into. The only way to find out is to ask them: Do they like oral sex, or would they rather leave that off the menu? Would they rather have the music on or off? Not only does asking questions show your partner that you care, but it may also encourage them to do the same—making the whole experience better for everyone.

4. Know that sex should never hurt.

“Many women believe that the first time they have sex it will be painful,” says Tammelleo. “While it might be a little uncomfortable and awkward, it really should not be painful.”

Tammelleo adds that “hundreds of women” have told her that, when they had penetrative sex for the first time, it felt like their partner was “hitting a brick wall.” Which is absolutely not what this should feel like. Lube is an absolute must-have (more on that later), but if that doesn’t help get things running smoothly, you should consult your doctor or a gynecologist to see if you may have a condition called vaginismus, which makes it really hard for anything to enter the vagina.

If your vagina is burning or itching or feels any sort of bad thing during or after sex, talk to your doctor, especially if the sensation quickly doesn’t go away on its own or gets worse over time.

The (incorrect, pretty problematic) myth that everyone with a vagina bleeds the first time they have penetrative sex is, as is turns out, very much not true!

Yes, some people do bleed the first time, and that bleeding is usually caused by the stretching of your hymen—a thin, delicate piece of tissue located just a couple inches inside the vagina. But more than 50 percent of people don’t bleed their first time, because the hymen can be stretched during regular, non-sex activities like jumping on a trampoline, riding a bike, or running around.

Also, bleeding after sex can happen any time in your life—not just the first time. Once again: lube is your new BFF.

6. Remember not to compare your experience with anyone else’s.

Not only should you temper your expectations going into it, but also keep in mind that when you’re looking back on the experience later, not to beat yourself up about it. If you waited to have sex for the first time with a long term partner only to break up in the future, don’t feel bad for sharing that experience with that person as long as you had consensual, enthusiastic fun in the moment. It’s normal to cringe thinking about past sexual experiences, but that’s part of the fun. 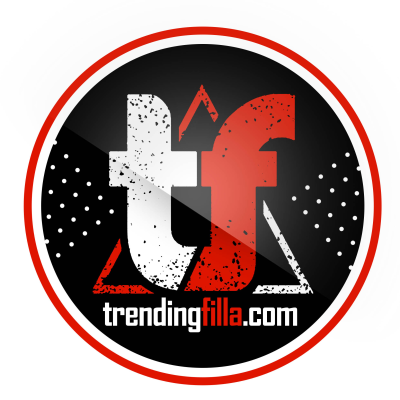